My thoughts and ramblings on my photography, my technique, personal projects, photography tips, and lots of photos from my wanderings

I’m sitting in my office with a coffee and munching on some peanuts (my weakness) and reading Stephen King’s ‘The Bazaar of Bad Dreams’. It’s a selection of short stories and before each one there is an introduction, written by Stephen King.

In one ‘That Bus is Another World’ he talks about feeling like an imposter every time he stands in front of an audience. The feeling of the wrong person in the wrong place because he knows that the person the audience came to see won’t be there.

Tellingly he says the part of him that creates his own stories exists only in solitude, and the person that turns up to share anecdotes is but a poor subtitute for the story teller.

That made me stop and think. I know that feeling. Not that I ever stand in front of a large audience telling anecdotes, but certainly know the feeling of being an imposter.

The everyday me is not the same person that is behind the camera. I’m at my best with my camera when I’m on my own, sometimes with some music, but never with another person.

I do offer photography training and workshops, I work with clients, but I still have that niggling feeling that I am not quite getting the essence of who I am as a photographer across. I’m going to be ‘found out’ at any moment. It’s like I’m a person impersonating myself.

We probably all get this feeling don’t we? Whatever we do in life. 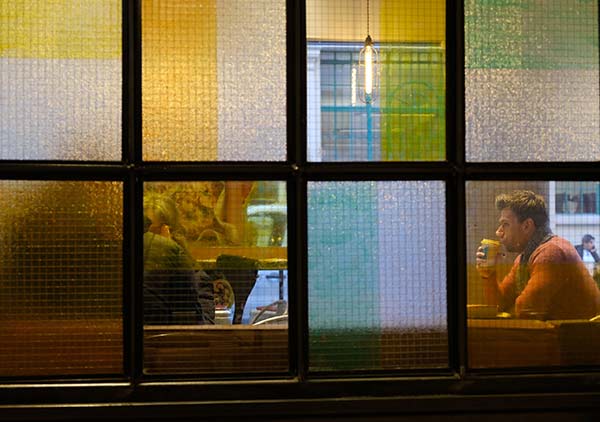 Check out my blog for even more photos, stories & projects.